"This is the Deadside, the Wasteland, the nothing beyond the bone-backed gates. Here Luke, my dear lost brother wanders alone amidst the aimless ranks of those who cannot die. He, still, with the ache for death I too may discover within my blighted heart. Here the true darkness at the heart of all things is made real. What we see in death's dominion is as void as a dead man's gaze, as cold as the light from a dying star."

Deadside is a hell-like realm and the main setting in Shadow Man. Deadside is inhabited by Deadsiders, Zombies, and other horrific creatures. When Shadow Man first arrives there using Luke's Teddy Bear, he must seek out Jaunty near the Marrow Gates to learn the specific gruesome details about Deadside since Jaunty has more literal advice than Mama Nettie; because he is trapped there for eternity under Nettie's voodoo control.

Several of the Govis must be collected in this level as well as Cadeaux. 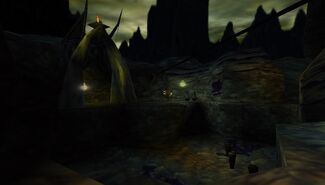 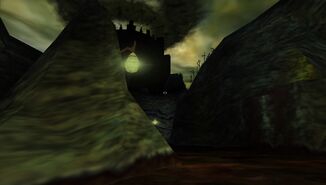 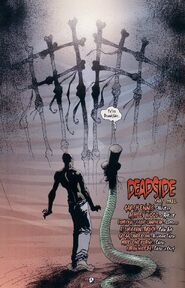 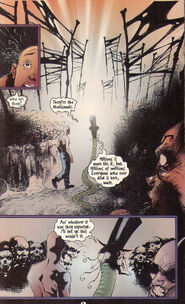