Michael LeRoi is a fictional character and the main protagonist of the game. He is voiced by Redd Pepper.

Michael LeRoi, 32 years old, was a former English literature student. He dropped out of his English Literature classes and started gambling, which exhausted his funds. Mike was then forced to work as a taxi driver in Chicago, keeping his failure from his family in New Orleans. During a night routine, Mike's passenger was killed in a drive-by shooting, leaving $20,000 in a briefcase. Mike took this money home and spend it with his family, using some of it to pay for his brother Luke's operation. Unfortunately, the gang that shot his passenger tracked Mike down and threatened him and his family. Desperate, Michael sought a bokor to give him protection against the gang. Meanwhile, one day when Mike and family were driving out to dinner their car was being followed until they came up to a red light. Inside of the following car were the thugs that originally owned the $20,000. They opened fire on the vehicle killing everyone inside, except for Michael. The bokors protection worked far too great for Mike, but it was never intended to protect his family.

A year later, Mike had lost his memory after waking up from a coma. Mike didn't remember anything about his family or even his own name so he just drank his life away at a local bar called the Wild at Heart. The bokor tracked him down and made him his zombie slave. Under the pseudonym "Zero", Mike became a hitman having nothing else to live for. Mama Nettie, a powerful voodoo priestess, arrived with her thugs to take revenge on the bokor. Later, Nettie dragged Michael into a nearby room and used the last of her powers to implant the Mask of Shadows, a powerful voodoo artifact, on his chest. Mike then became the Shadow Man, next in a line of African voodoo warriors blessed with supernatural powers to protect the world from the spiritual plane known as Deadside, the place where everyone goes, without exception, when they die. Mike regained his memory, which slowly began to torment him endlessly. Michael soon entered Nettie's service to try to end his suffering.

One night in 1999, Nettie had a prophetic dream in which five serial killers (known as "The Five") under the direction of Legion, are attempting to bring the Apocalypse onto Earth by transporting an immense army of immortal monsters (Trueforms) through an enormous construction in Deadside known as the Asylum, built by Jack the Ripper, a member of "The Five". After Mike wakes up, Nettie tells him to travel to Deadside, using his strong attachment to Luke's teddy bear as a spiritual and dimensional conduit, so he can meet with Jaunty, a skull-headed snake, acting as the eyes and ears of Nettie in Deadside. 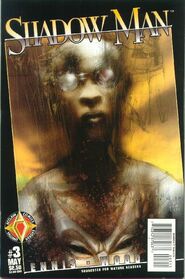 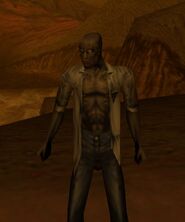 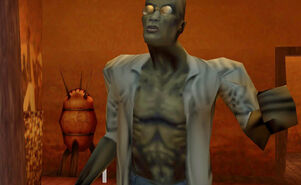 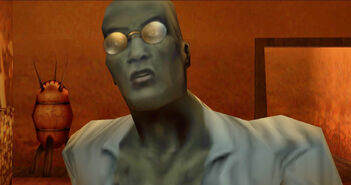 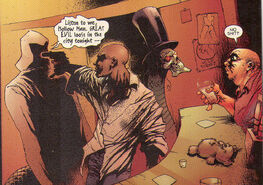 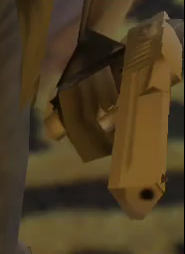